The Morning
Context
On the record 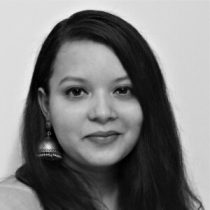 The co-founder and former executive editor of the digital news website Firstpost, Chaudhry just launched her third venture, Splainer Media—a newsletter + website that will aggregate, explain and simplify news for its readers. Priced at Rs 100 a month (or Rs 1,000 a year), Splainer is a mailer that will reach its readers on weekday mornings.

It’s quite similar to what Chaudhry was doing before. Her second venture Broadsheet Media, which she had founded in 2018 with Shuba Visweswaran, was a daily newsletter aimed primarily at women, offering a wrap of the news in a clear and simple manner, much like the American media company The Skimm. But eventually, Visweswaran and Chaudhry split, with the former leaving, Chaudhry couldn’t keep the company afloat. The company shut shop in March this year.

Like many other media ventures, the idea behind Broadsheet was to achieve a certain scale and then monetize their audience through events, sponsorship and so on. But between June 2018 and January 2020, Broadsheet had only managed about 8,000 newsletter subscribers. In the fiscal year ended 31 March 2019, Broadsheet’s overall losses stood at Rs 21.3 lakh and its operational revenue was zero, according to its regulatory filings.

In that context, Splainer is like a clean slate for Chaudhry to do what she was doing before, but with a clearer, more straightforward business model–subscriptions. The company is also open to grants and sponsorships; sponsors get to be called founding members of Splainer, along with some other perks. Already, Splainer has managed to court over a hundred founding members. “In just about four days, Splainer has raised Rs 4.8 lakh,” Chaudhry says, over a phone call. “These are the people who know me and support my work, which allows us to survive for the first few months.” This money is to build a six-month runway for the organization and support its five-member team.

Chaudhry isn’t letting the Broadsheet experience dampen her ambitions in the least–her target is to reach at least 10,000 Splainer subscribers in the first six months, far more than what Broadsheet ever managed. Easier said than done, though. In a country where less than 1% of the online news consumers actually pay for content, Chaudhry would have her work cut out for herself.

The silver lining with Splainer, however, is that it has managed to raise a decent amount of money despite the pandemic. Which is a sign that there is an audience for the product, one that is willing to pay. How it works out is something to revisit perhaps six months down the line.

For now, Chaudhry is quite overwhelmed with the response from her readers. “I hope it works,” she says. “Quite frankly, I can’t afford to lose any more money.”

Housekeeping is The Morning Context’s in-house blog that chronicles the stories of businesses and people who are reshaping the media.