Did PMO get its way on India’s controversial new IT Rules?

The Information and Broadcasting ministry and the Intelligence Bureau were in favour of enacting a law to regulate online content. Yet, the government opted for a shortcut, choosing to tinker with the rules instead. 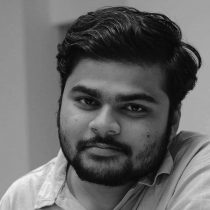 The central government has insisted on multiple occasions in recent months that it drafted and issued the controversial IT Rules 2021, which provide a detailed mechanism for regulating online content of various kinds, based on its existing powers under the Information Technology Act, 2000.

But it is now clear that both the Ministry of Information and Broadcasting and the Intelligence Bureau stated in official documents that there is no specific law in India that empowered the central government to regulate online content.

In fact, in the second half of 2020, both separately sought the enactment of a new law for regulating online content.

Though it subsequently made an about-turn from this position, the I&B ministry even prepared a draft cabinet note in early July last year stating, among other things, that the IT Act 2000 is not primarily meant to regulate content on electronic devices, so a new law is needed for this purpose. The IB, on its

Home >
Chaos >
Did PMO get its way on India’s controversial new IT Rules?