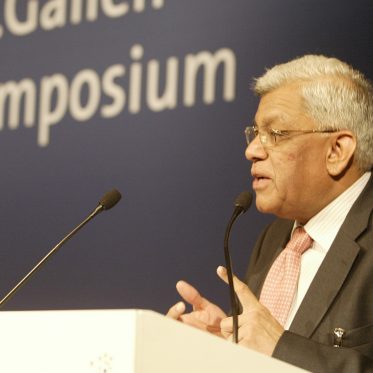 Business
Mr Parekh, isn’t this conflict of interest, pure and simple?
SEBI’s imposition of a measly fine on the veteran banker raises questions on how regulators let companies and their promoters get away with serious violations.

This story is about an extremely well-known and respected figure in financial circles, the head of a systemically important non-banking financial company, who by virtue of his position also happens to be a part of the NBFC’s investment committee, where all the big lending decisions are taken.

In 2012, this NBFC advanced an inter-corporate deposit, the technical term for an unsecured short-term borrowing arrangement between companies, to a real estate company to the tune of Rs 750 crore. An additional Rs 875 crore was extended as a term loan to the same company in 2014. In December 2014, the outstanding ICD was converted to a Rs 750 crore loan. A simple restructuring was all it took.

Now this is where it gets interesting and one begins to pick up the stench of conflict of interest. The head of the NBFC was an advisor to the group (as part of its advisory board) that controls the real estate company.

Does this sound unethical?