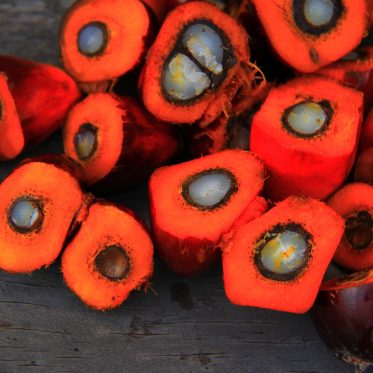 Chaos
India’s palm oil quandary
The world’s largest buyer of palm oil is enabling rampant environmental destruction in Southeast Asia. Local cultivation could be a solution… except that it isn’t.

It was sometime in 1848, when the British East India Company was marauding the Sikh Empire, that a Dutch ship sailed from West Africa to the East Indies, the country we now know as Indonesia. On its deck were the seeds of an oil crop that would have the world in the palm of its hand. The crop took to Southeast Asia even better than it did in its native Africa and bore vermilion fruit so rich in oil, they called it red gold.

This red gold or palm oil has many aliases: it’s the sodium lauryl sulfate in toothpaste, the palmitate, palm kernelate or sodium palmate in soap, the sodium laureth sulphate in shampoo, the glyceryl caprylate in cosmetics, the glycerin in lube, the kernel cake in cattle feed, the coating in tin cans and iron plates, and the vegetable fat or blended vegetable oil in every quick service menu, packaged food and roadside wok that fries samosa and jalebis to a crisp. You cannot escape it, more so if you’re in India—we’re the world’s