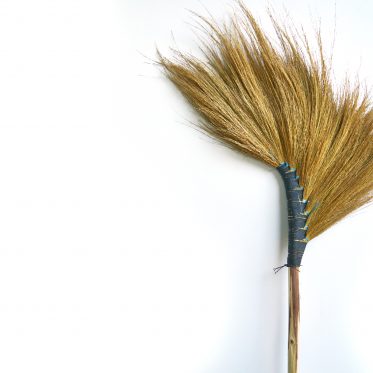 Friction # 15: Tata trusts in clean-up mode, aim to leave past behind Significant, company-defining things are taking place at the Tata group. I want to talk about that today.

Despite its image as one of the shining beacons of an ethical corporate enterprise, if you look closely, a regulatory overhang has dogged the Tata group for over four years now. Be it over allegations of its corporate governance standards, the tax exemptions enjoyed by the Tata trusts, or an investigation against a former managing trustee. To top it all, there is also the ongoing legal battle with investment firms owned by former group chairman Cyrus Mistry.

Six Tata trusts had lost their charitable status as they held equity shares as part of their corpus. The Income Tax Act was amended in 2014, rendering the trusts non-compliant for tax exemption purposes on account of their ownership of these assets. In 2015, these trusts surrendered their licences, but the tax department did not take cognisance of the surrender and cancelled their registration in October 2019. The Tata trusts have appealed against this order and a verdict is awaited from the income tax appellate tribunal (ITAT).

Other pending tax litigations have so far already gone in favour of the trusts. For instance, ITAT overruled a Rs 100 crore tax demand against Tata Educational and Development Trust. Even the registration dispute may go in the favour of the trusts as, on 28 December, the tribunal endorsed their tax-exempt status.

In its protracted legal battle with Mistry and his investment firms (which alleged interference by the Tata trusts in the affairs of Tata Sons), the Tata group is fighting from a position of strength as the Mistry-led firms showed their soft underbelly when they agreed to sell their stake in Tata Sons for meeting their cash needs. And, the CBI and Enforcement Directorate inquiries against R. Venkataramanan, the former managing trustee, in the AirAsia India bribery scandal, have been silent for a while.

I believe that the tide may finally be turning for the group, with most of the above issues either fully resolved or in their final lap. Many of the tax inquiries against the trusts have been quashed by the ITAT, with the only pending case relating to the cancellation of licences.

To put the sordid run behind it, the Tata group is also cleaning house. Last week, The Economic Times reported that the Tata trusts have rejigged governance standards for stricter audit and internal controls. The trusts have been moving towards a more professional setup under the guidance of Boston-based management consulting firm, Bridgespan Group.

You may ask why the trusts need to do so when they already claim to observe the highest governance standards. The answer lies in the increasing number of amendments to the Income Tax Act and the Companies Act, which affect the functioning of charitable trusts, especially if they have a say in the operations of public and listed companies. The rejig is therefore aimed at ensuring better alignment with the prevailing tax and companies law. However, the bigger reason behind this shift from traditional trust operations to the more professional is to ensure that the governance allegations levelled by the Mistry firms remain an incident of the past.

This so-called rejig has, in fact, been in the works for over a year, starting February 2020, when the post of managing trustee was replaced with a chief executive officer, Srinath Narasimhan. His predecessor, Venkataramanan, stepped down in 2019 in the middle of a tax probe on his annual remuneration and the subsequent withdrawal of tax exemptions given to the Sir Dorabji Tata Trust. His Rs 2.66 crore remuneration, according to the tax department, was not commensurate with the philanthropic nature of the trust.

While the powers of the chief executive officer are similar to those enjoyed by the managing trustee, his remuneration will not necessarily be governed by the trust deed. Fund allocations and grants will be approved by the CEO and the trustees and will require full board endorsement.

All of this sounds straight out of a governance seminar but there is something more happening here. The Tata trusts were formed way before the Income Tax Act or the Companies Act; in fact, they are governed by the Maharashtra Public Trust Act, 1950. The trusts by this fact alone do not need to abide by any other laws except the tax laws to the extent of their exemption status.

However, a massive 66% shareholding in Tata Sons, which in turn is the promoter of India’s most valued listed companies, demands that Tata Trusts do more. Which should be the case even for Birla trusts, which hold voting rights in some of the Aditya Birla group companies through various investment firms.

Holding shares through such charitable trusts was a standard practice, and led to some groups holding controlling stakes in their business groups through the tax-exempt trusts. Tax-exempt status for trusts was gradually phased out if they held equity shares to prevent misuse. However, for older trusts such as the Tata and Birla trusts, these exemptions have continued.

Even today many companies use trust structures for effective tax planning, but do not enjoy tax-free status. So while Tata and Birla trusts are not the only trusts backed by big corporates, most of them do not have the added tax benefits. Many of these charitable institutions have hugely profitable balance sheets and want to invest in share capital of other companies.

Despite the debate that this is hugely unfair to other corporations and there is little rationale for continuing with this exemption for a select few, the tax exempt status is yet to be withdrawn. The only thing that these two group trusts can do is hold themselves to the same standards of transparency and governance that a listed or public company does. Stricter internal controls, audits, accountability and so forth. Something that the Tata trusts appear to be doing here. (We are yet to hear anything from the Birla trusts to this effect.)

Let’s not forget this entire rejig started with Mistry alleging that trustees, including Ratan Tata, interfered in the affairs of group companies.

So much so that the National Company Law Appellate Tribunal directed Ratan Tata to desist from taking decisions which require majority approval of the board and the trusts from acting in a manner prejudicial to the interests of the minority shareholders. This order, while under appeal in the apex court, is not comforting for a group of Tata’s stature and calls for action.

While a beginning has been made with the so-called governance rejig, investors and shareholders would be happier with more information on how the trusts plan to exercise their majority voting rights in Tata group companies in the future. The Tatas, being India’s most respected corporate house, have better business practices, ethics and governance standards than most others.

It is this image which has more often than not allowed them to get away with some serious governance lapses.

The other big elephant in the room which is yet to be addressed is the information flow between listed companies and their promoters. Ideally, under the insider trading law, any selective sharing of price-sensitive information is prohibited. Shareholding promoters would want to have access to information that affects their holdings. So should such information flow be seen as a violation? There are no answers yet. A Securities and Exchange Board of India panel on corporate governance led by Uday Kotak had indeed taken a crack at this, by outlining the manner and frequency of such information flow, but sadly these recommendations did not become a part of the SEBI-mandated rules.

In the absence of clear answers, a lot rests on the ethics of those in charge at the group. Because ethics are more than codified norms and if investors can’t expect this from the Tata group, what hope do they really have?

This edition of Friction is free to read, thanks to our sponsor Firework. About the sponsor:

We are headquartered in Redwood City, California with operations across 8 countries. Firework partners in India include Vi, Samsung, MI, NDTV, OneIndia, Google Discover, Jio and many more.

Visit http://bit.ly/FireworkBusiness to understand how we can help you make your digital business 10x more engaging for your users.

Jayshree P. Upadhyay
Jayshree is a journalist with nearly a decade of experience across Mint, Business Standard and Bloomberg TV India. The bulk of her career has been devoted to tracking the capital markets regulator, exchanges, regulatory policies, financial scams and corporate governance issues. One of her biggest breaking stories was her incisive coverage of the colocation scam which put the lapses at NSE in the public domain. Her understanding, her knowledge and access to key market players makes her an important storyteller of the most relevant issues plaguing Indian businesses.

Disclaimers:
The Morning Context has raised money from a clutch of investors, entirely in their personal capacity. It is quite likely that some of them may be directly or indirectly involved in a competing line of business similar to the companies we write about. Our full list of investors is here
More from “Friction”
Business 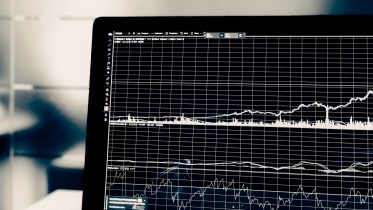