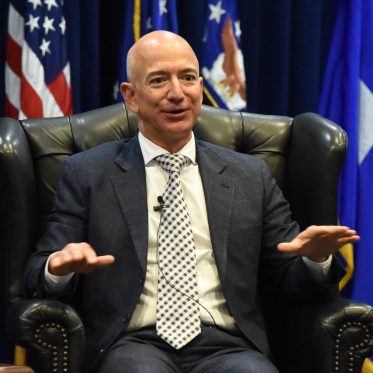 Business
Welcome to India, Jeff Bezos
E-commerce giant Amazon isn’t shying away from a fight. Even if it means taking on a biggie like Reliance. But does it have the stomach for a bruising, multi-pronged battle?

Old men tell stories of a time when Safari suits were all the rage. Starting in the late 1970s and early 1980s, when Reliance Industries had just listed and was certainly not the conglomerate it is today, it managed to survive withering media trials and get the better of companies, often older, that summoned up the courage to compete with it.

A story that’s still recounted with relish among business folk is that of Nusli Wadia-led Bombay Dyeing. Wadia harboured ambitions similar to those of Reliance founder Dhirubhai Ambani to build a large polyester filament facility.

In an interview in 2012, he admitted that his textile business failed due to crony capitalism and because he never managed to get import licences for the machinery needed to build his plants. Though Wadia chose a more inefficient chemical component to make polyester, the government hiked import duties on a key ingredient required to make that chemical component, eventually rendering Wadia’s