BigBasket is one of Dunzo’s quiet dark stores

A look inside Dunzo's little-discussed transition to becoming a grocery app, with new branding, fulfilment centres and a tie-up with the Tata-owned e-grocer. 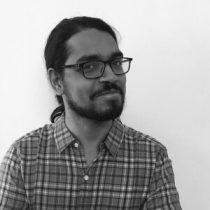 It looks like Dunzo is increasingly shifting from an order-anything startup to a grocery business.

In early March, the company announced in a blog post that it would be rolling out “Dunzo Daily”—putting groceries and everyday staples front and centre on the Dunzo app, while deliveries from local stores got pushed to a separate tab. Dunzo has been moving to the new setup in a phased manner, putting out press releases and statements about it in late June, and the Dunzo Daily interface is currently limited to users in select Bengaluru neighbourhoods.

What Dunzo is doing with Daily is presenting the user up front with a selection of groceries to buy from, much like what a Grofers or BigBasket would, with a promise to deliver within 35 minutes. To the customer, it looks like they’re buying straight from Dunzo rather than choosing a local store, while in the back end the order will be picked

Home >
Internet >
BigBasket is one of Dunzo’s quiet dark stores