The infamous Mittal of India

Pramod Mittal’s last remaining asset in India has shut down. How did the younger sibling of renowned steel baron Lakshmi Mittal turn out to be such a destroyer of wealth? 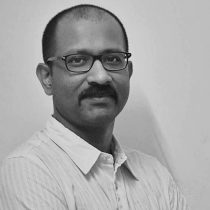 If India’s steel industry had a voice and human form, it would be ashamed of what has come to pass in Balasore.

Yes, Balasore. A district in northern Odisha that is witness to the theatre of the absurd, centred around a company called Balasore Alloys, a run-of-the-mill, medium-sized enterprise mostly unknown beyond the district it is named after.

The drama includes employees going unpaid for months on end and a board which has resigned in embarrassment and a tearing hurry, lest it be hauled up for presiding over a man-made disaster. Finally, the sorry state of Balasore Alloys itself, which underlines the abject failure of one part of the global steel industry’s first family—the Mittals.

Let’s dive into the thick of action.

These should have been good times for Balasore Alloys and its 2,000 employees and contract workers. Demand for stainless steel has soared, and the company should have been