Internet
Plagued by frauds, Paytm sues telecom operators
In the last one year, Paytm users have lost at least Rs 10 crore to frauds. At a complete loss to stem the scams and to save face, it is now going after telcos. 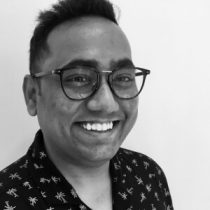 On the phone, the former Paytm executive sounds vulnerable, a man evaluating if he should spell out what he saw happened at the company or hold back, because speaking freely could land him in trouble. “I have personally handled people who have lost more than Rs 10 lakh to these frauds,” he says finally, requesting that he not be named. “A retired gentleman lost Rs 25 lakh, all of his savings. Our initial approach was casual which is why over time this became such a massive problem with more than 500 cases every month. And we were told if a user calls saying there has been a fraud, we should just give them the bank account details to which the fraudster had transferred the money, and push the user to file a case with the police. Somehow, make the user responsible and hope for the problem to go away.”

In fact, from the time it started, sometime late in 2018, today not a day goes by without a scam on Paytm. So much so that even in