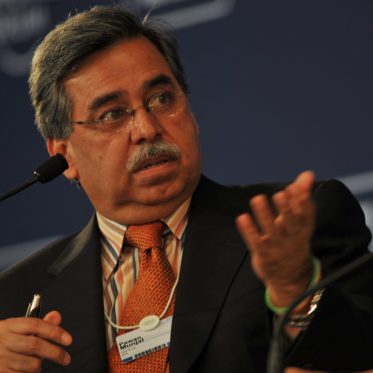 The world’s biggest motorcycle maker is struggling to shed its high-volume, low-margin image, while investors flock to its nimble rivals.

Pawan Munjal, the 61-year-old at the head of Hero MotoCorp, loves golf. He’s a serious promoter of the sport in India and plays the game himself. His company has been the title sponsor for the Indian Open, the country’s top golf championship, since 2005, and hosts an invitation-only tournament in the Bahamas every year with star golfer Tiger Woods.

Munjal, whose lowest ever handicap in the sport is eight, has said he doesn’t talk business while golfing, which makes it even tougher to find time in his calendar. At times, even the top executives at the Rs 33,431 crore Hero MotoCorp have to wait for days to get an audience. Munjal has a tough job leading the No. 1 manufacturer of two-wheelers in the world, and as chairman, managing director and CEO, he likes to personally oversee a lot that happens at the company. And he is known for his attention to detail.

In February, when he decided to spend three days at his 100-acre R&D campus in Jaipur to meet with his