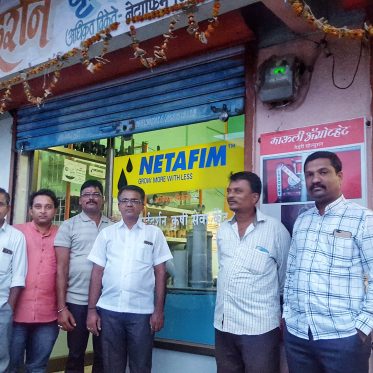 Netafim India and a tale of debt, default and death

Farmers and farm equipment dealers in Maharashtra say Netafim India broke their trust, cheated them and mis-sold products in pursuit of unrealistic targets

Not too long ago, Kishor Devde used to be an optimist, bordering on the unrealistic sometimes. The 29-year-old man from Devdi Hadgaon village in Maharashtra’s Jalna district wanted to become a farmer. Despite knowing fully well about the widespread agrarian crisis in a country that was once known for its agriculture—if at all, this motivated him even more.

“I wanted to implement new technologies and inspire other people, especially young people like me, to take up agriculture,” says Devde, who graduated from the College of Agriculture, Kolhapur, in 2013.

Dashrath Devde, his father, who works as a registrar at Lal Bahadur Shastri Sr. College in the nearby town of Partur, has always been more of a realist. Despite having a decent amount of farmland, he never took to farming as a full-time job. He advised his son to do the same. But Kishor was young, adamant and optimistic.

“My father wanted me to get a job. Any job. So, after graduation,

Home >
Chaos >
Netafim India and a tale of debt, default and death