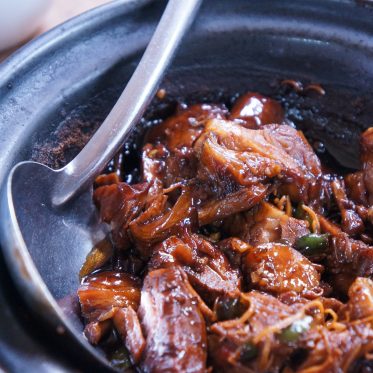 Chaos
The reality of India’s faux meat boom
Domino’s recent launch of plant-based meat in India comes amid a flurry of activity in the alt protein space. Here’s what to expect of the industry, and the questions we should be asking.

The mince, like most people with dating profiles and dishes on Instagram, looks better in the pictures. It’s supposed to be generously sprinkled but here it is in person, sparse amid the black olives and red paprika that populate the pizza topping. It’s also supposed to have a “100% chicken-like taste”. It doesn’t; the smoky flavour and shade of brown are more reminiscent of mutton. Perhaps Domino’s should’ve marketed this, the Unthinkable Pizza, as meat-like rather than chicken-like. It would’ve never succeeded in the US, Canada, Singapore, Macau, and Hong Kong—markets where Impossible Foods sells its patties, mince, and sausages. It took Impossible nearly a decade to assemble food developers, physicists, and biochemists who’d create the genetically-engineered soy leghemoglobin—a legume hemoglobin protein that contains the heme molecule, which gives its packaged products their distinct meaty taste, and skyrocketed the company to a $4 billion