Business
Did RBI bungle DHFL’s resolution?
Bankrupt DHFL is the first financial services firm to be put through a formal debt resolution process. A year later, the case is an indictment of the regulator. 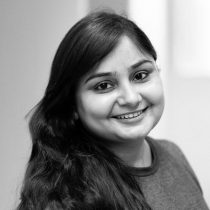 Today, as you read this, a committee of experts is expected to decide on the final outcome of bids to buy out India’s second-largest mortgage company, Dewan Housing Finance Ltd. If a resolution does take place for bankrupt DHFL, it will be a culmination of six rounds of frenetic bidding, several back-and-forths and a 14-month effort that will ultimately give lenders little over a third of what is due to them over the next decade.

It will no doubt be touted as the best deal under the circumstances, reasons for which will include problems associated with the pandemic-induced slackness.

The two bidders who stand a chance of winning are Mumbai-based Piramal Enterprises and US-based private equity player Oaktree Capital, though the former’s bid is higher in value. Initially, the central bank-appointed administrator for DHFL wanted to break the company into three parts and sell them separately, which also attracted players such as Gujarat-based Adani Group and Hong Kong-based