Vinoo Hinduja isn’t a current favourite with her uncles, G.P. Hinduja, P.P. Hinduja and A.P. Hinduja, and many of her eight cousins. After all, she dared to challenge the collective wisdom of the Hinduja men. This is a family whose corporate site has this line about Gopichand, the co-chairman of the group: “He is married to Sunita and has two sons, Sanjay and Dheeraj, both actively involved in Hinduja Group businesses and a daughter, Rita.”

That addendum defines the role of women in most Indian business families.

Take Valli Arunachalam. With a doctorate in nuclear engineering and advisory roles on technology to several US companies, the 59-year-old daughter of M.V. Murugappan would be considered a prize catch for most corporate boards. And since she (along with her mother and sister) holds an 8.1% stake in the holding company, her presence on the board should be a formality.

Except that Valli is a woman. And the all-male board of the Murugappa group 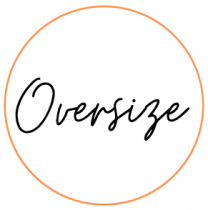