Business
This big fight will decide who is India’s retail raja
Amazon vs Future will determine whether the e-commerce giant or Reliance gets to dominate the fast-growing organized retail space. 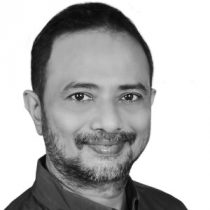 Few judgements in recent history have been as keenly awaited.

The Delhi High Court is expected to rule shortly on what is perhaps the biggest corporate dispute in India, a judgement that is bound to have a significant bearing on how organized retail shapes up in India in the years to come.

Media reports have described the tussle between Jeff Bezos’s Amazon.com Inc. and Future Group, whose key retail assets were bought in August by Mukesh Ambani’s Reliance Industries, as a clash of titans. And rightly so, because of the personalities involved. Bezos happens to be the world’s richest man, while Ambani is India’s, and the seventh wealthiest globally.

Their fight is for a very big prize—domination over the Indian organized retail sector, comprising both brick-and-mortar stores and e-commerce, which is expected to grow at 20% annually for the next few years. It is a once-in-a-lifetime opportunity that every ambitious businessman dreams of. Decades ago, a similar