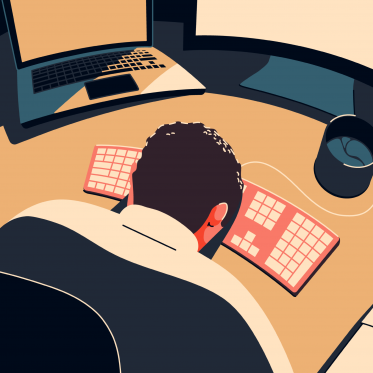 Bhavuk Jain, mid-eyeroll, pouts and balances a white ball point pen between the nose and mouth. He has a lush monobrow, thick jaw and a tuft of chest hair peeking out from under his black T-shirt. Jain’s idling pose makes him seem puckish. But that’s his WhatsApp display picture. He’s an antonym of that self over a phone call, mannerly and dispassionate even, especially for someone who just received $100,000 for helping Apple save face.

His manner is disengaging, but his story isn’t. It’s a tale about rash oversight by the world’s most valuable brand, and also a story about a community he’s part of—one that does great good by keeping tech on its toes.