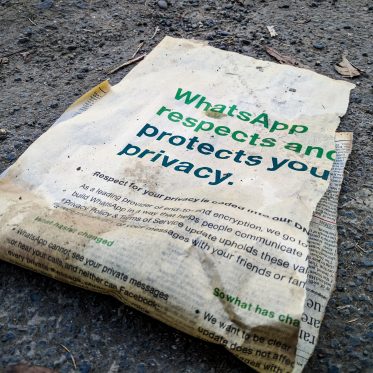 WhatsApp vs Indian govt: Fight for privacy moves to court

The lawsuit, coming in the wake of several run-ins with multinational tech and non-tech companies, indicates that the government is in way over its head.

On Wednesday, Facebook Inc.-owned WhatsApp sued the government of India in the Delhi high court, calling the imposition of new internet rules “unconstitutional”. The subject of adhering to the Information Technology (Intermediary Guidelines and Digital Media Ethics Code) Rules, 2021, has been simmering for a while, with a lot of back and forth and back-room negotiations going on between the government and technology companies like Google and Facebook. It seems the matter will now be decided by the courts.

WhatsApp has filed a lawsuit in Delhi against the Indian government, seeking to block regulations coming into force on Wednesday that experts say would compel Facebook’s messaging app to break privacy protections, sources said. The case asks the Delhi High Court to declare that one of the new IT rules is a violation of privacy rights in India’s constitution since it requires social media companies to identify