Internet
Four takeaways from this year’s e-commerce sales
Parking the headline “GMV” numbers for now, we analyse what the Diwali sales so far portend for Indian retail. 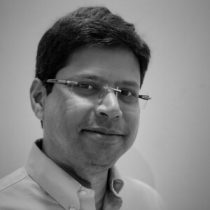 For Indian e-commerce, the October-November festive sales period is akin to the finals of a tournament. Walmart-owned Flipkart and Amazon’s Indian arm spend months prepping every year for the Diwali extravaganza. Year after year, each boasts ever greater numbers of customers, sellers, shipments, and near-magical sales figures, which should be taken with a pinch of salt; at the same time, though, what happens during these sales gives us a valuable peek into the state of online retail.

As always, we talk to brands, sellers, analysts and executives, and pull together the most interesting observations and (realistic) numbers over a series of articles as the sales progress.

This year, it goes without saying, has been particularly important. With e-commerce taking all of the second quarter of the year to shut down and then restart itself in the wake of the COVID-19 pandemic, the preparations for Diwali season were stymied. There were also government-imposed